When You Need Bigger, Better, Faster Software… Call in the A(utomation) Team!

There’s no doubt that test automation is essential to success in today’s digitally-driven era. The challenge for most enterprises is that the adoption of automated testing is still relatively low. According to the 2017-2018 World Quality Report, while nearly 60 percent of North American and European markets practice Agile, just 16 percent are also automating test activities. Other studies indicate that lack of automation is hampering uptake of Agile practices, as well as digital transformation initiatives. But it is not all bad news – far from it, in fact. Recent studies show us that the automation trend is rising steadily. Call in the Automation Team!

The fact that automation is on the up is important. And not just for enterprises striving to improve software quality, release software faster and scale up their activities. For those enterprises whose aim is to digitally transform themselves, test automation is a practice that pretty much underpins all efforts in this regard. Quality Engineering (QE), the most efficient and effective way of approaching digital transformation, hinges on an enterprise’s ability to shift from mostly manual testing to almost completely automated testing (up to 90 percent).

The barriers to increased automation are complex and need to be acknowledged and addressed by any team wishing to kick start its automation efforts. Apexon partner Perfecto, a leader in digital experience quality, examines these barriers in its illuminating report, How to Scale (Up) Your Test Automation Practices And Achieve Better App Quality (check it out). Teams feel unprepared due to a lack of automation skills, inadequate tools, issues with data sets, concerns about integration into the wider DevOps process, or indeed with other automation tools. Then there’s the fact that multiple development cycles are taking place simultaneously, or that it would represent a challenge to service virtualization.

You get the picture. Test automation can, for many, bring with it enough questions and considerations to cause enterprises to lose sight of the benefits it brings. It is worth reiterating: these benefits are BIG – improved quality, tighter feedback loops, faster cycles… all at a scale simply not available in the realm of manual testing.

A recurrent theme in Perfecto’s study was that finding time was a big challenge to “keep up with shorter release cycles, growing scope of tests included in each iteration and the scale of supported platforms.” There’s an irony here, because setting up automated testing would, of course, simplify the process and free up time. The quandary many software teams find themselves in is reminiscent of a classic workload management challenge, not restricted to software developers, in which workers find themselves “too busy to delegate”. Even though, by delegating work, they would free up their time.

In software circles, we really, really are serious when we say companies really, really can save time (and money, and resources) through “delegation” to automation tools. For example, when a leading weight-loss maintenance services company worked with Perfecto and Apexon to scale its native iOS and Android app across several geographies by implementing a solid testing strategy, it very quickly led to improvements in the quality of the mobile solution. The effects were fast and palpable: better app store ratings from customers, better utilization of existing tools by customers, increased user confidence in the product and close to 100 percent utilization of legacy tools (higher ROI).

Similarly, when a leading international resort and leisure company with over 1,200 properties worldwide in 100 countries streamlined its mobile testing and QA processes, the results spoke for themselves. Helped by test automation based on Selenium and Cucumber, as well as Apexon’s own test automation, regression cycles dropped from 1-2 weeks to 2-3 days. Internal resource requirements dropped by 90 percent, freeing up personnel to work on strategic initiatives and enabling much faster time to market for critical new mobile apps and services.

Having worked with hundreds of enterprises across all industries, Apexon understands the importance of first laying a good foundation upon which to build and expand test automation practices. In our experience, there are three core building blocks for ramping up automation to achieve better, faster software quality at scale.

Putting test automation to work involves selecting the right, easy-to-use tools to unify the testing of web, mobile and native apps and services into one framework, which can then be managed, tracked and adjusted easily.

It may start in small pockets, but supporting increasing automated testing, with an end goal of a full-on continuous integration / delivery process is a worthwhile investment. Isolated automation boosts the possibilities in that particular area (performance, visual, functional and so on), but end-to-end automation brings it all together and enables faster software releases.

3. Listen to the feedback loop

Faster, better problem resolution is a big advantage of succeeding with test automation, and Quality Engineering more generally. As enterprises move to a CI/CD model, extracting value from interactions between customers, products and other stakeholders becomes an imperative. Frequent integration shortens the feedback loop, which provides the opportunity for real competitive advantage as organizations release and react faster.

At Apexon, we work with super-skilled technology partners, like Perfecto, to enable our customers to overcome their biggest digital challenges. By working in tandem, we are able to design solutions and get results faster. If there’s a particular test automation challenge facing your software A-team, let us ease the problem. Get in touch with us today! 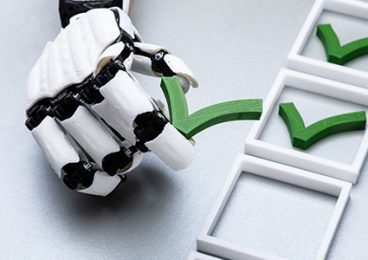 Why 2019 Will be the Breakout Year of Intelligent Test Automation

If you look at any recent article on the hot tech trends for 2019, the chances are good that automation and AI will be fairly high on the list. What you might not have read,...