The Trends that Shaped 2016

You know when you’ve been talking about a technology for years and suddenly it goes stratospheric? This year Pokémon Go hit our phones, and Augmented Reality (AR) came of age. Of course, it wasn’t the only trend that matured this year. AR’s close relation Virtual Reality (VR) also came into its own, pitched at a mass audience and available at every price point. VR/AR’s influence on app development will spread much wider than the current use cases, so we’ll be hearing a lot more about that in 2017.

Another big shift has been in the Internet of Things (IoT). Whether we’re talking the latest health and fitness bangle, or connected car development – so many use cases are making headlines now.  Unfortunately, as IoT deployments grow, so do the number of security breaches. Poor security affects us all as consumers, and of course it affects the eventual outcome of mobility projects. This is going to be a  very hot topic in 2017.

Speaking of hot… Let’s not forget it’s been a busy year for handset manufacturers too: a new iPhone, a Samsung that was literally too hot to handle and Google’s Pixel. ­Oh my!

With all these forces at work, what’s a humble developer to do? Here’s how Apexon sees these market-moving trends affecting the world of enterprise app development.

You might think, “Since when is DevOps a new trend?”  What we have seen this year is DevOps becoming simpler, making it an easier path to steer for enterprises.  In part it’s due to initiatives like the DevOps Express, a collaboration of leading industry organizations facilitating adoption and interoperability throughout the DevOps tool chain. What this means in the future is a more seamless DevOps experience.

It’s all about the labs!

When you combine increasing numbers of devices and types of connections with the spiraling number of devices or “things” now being connected, the old testing methodologies just don’t make the grade. Increasingly, enterprises are turning to custom solutions which will create, or simulate, real-world conditions.  In an IoT world, testing becomes a lot more “messy”, as we explain in our blog on the NFL’s trial to embed chips in footballs.  Once the things you test are responding to an array of outside stimuli (e.g., a ball being kicked), real-world observations are necessary to fine-tune and validate algorithms.  Enterprises will increasingly turn to dedicated labs to design and carry out testing for connected devices.

Quality engineered to the core

Enterprises across the board are gradually becoming increasingly Agile. This Agile maturity is enabling a shift from quality assurance to quality engineering throughout the whole process.  The QE approach is as much about preventing problems as resolving them, and it’s good news for applications. Better QE should ensure a more seamless UX, as well as enabling improved security features with the secure-as-you-code approach where security is essentially hardwired from the start, then tested far closer to the original code than before.

Going global and what that means for test and automation

The pressures on the enterprise application market are huge and success is often closely linked with an app’s ability to go global. Enterprise-grade apps need testing plans that fit their grueling demands and diverse needs. Smarter automation, with its unparalleled ability to free up resources, is the answer. I’d like to think 2016 was the year that CI/CD became really achievable for a greater proportion of enterprises. For example, we’ve managed to cut regression cycles for some customers by 75%. Here’s how.

Voice interfaces and machine learning were once seen as the stuff of sci-fi. Not any more. Siri, Cortana, Alexa and Google Now have all demonstrated a seismic shift taking place in how we interact with our apps. UI/UX factors are more important than ever — sloppy usability or slow reaction times can kill off an app before it’s had a chance to shine. Luckily we’re seeing great advances in the field of UX, with technologies such as automated visual testing, which effectively automates much of your GUI testing and frees up resources.

Business ROI in app development is coming under ever more scrutiny. At first, many enterprises were quick to jump on the app bandwagon, without fully mapping their intended benefits onto their digital or business strategy. As the types of products that come under the scope of mobility grows, it will be ever harder to extract value. Gartner estimates a staggering 80% of IoT initiatives “will squander transformational opportunities by focusing on narrow user cases and analytics” (Prepare to Monetize Data From the Internet of Things, September 2016). Delivering ROI from apps will require a mobile strategy tightly focused on business results to avoid pitfalls, like productization. However, IoT projects can’t be expected to deliver cutting-edge results within an antiquated infrastructure. Enterprises need to be realistic about what data they want to extract, and that will require solving underlying issues around legacy platforms and system interoperability.

If any of the above trends are hot on your radar, or if you need to develop a particular use case or strategy, don’t hesitate to get in touch. We’re here to help you make the most of your mobility initiatives in 2017 and beyond.

Have a peaceful and happy holiday season! 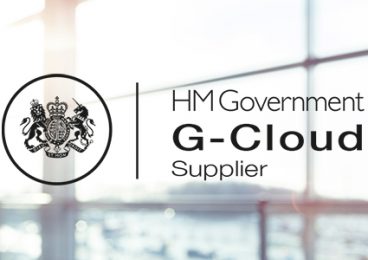 Apexon has once again been accepted as a preferred supplier to the UK government’s cloud services procurement framework, G Cloud 11. This initiative is part of the UK... 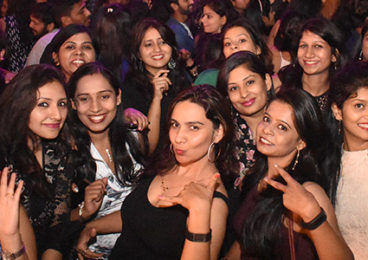 I am proud to announce that Apexon has been recognized in the 2019 list of the best workplaces for women in India.  This is based on the annual workplace recognition study,...

We are pleased to announce that our Apexon India office has received the prestigious Great Place to Work® Certification! Apexon has been named to a list of workplaces in India...