This healthcare company researches, develops and delivers innovative cancer care technologies and solutions to its clinical partners around the globe to help them treat millions of patients each year. 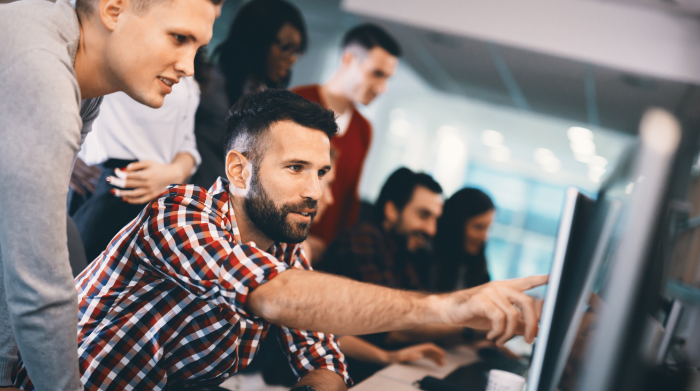 Apexon began working with the company in 2016 (for more than two years) alongside software testing solution provider Tricentis. Apexon was able to leverage its deep experience to expand the company’s quality engineering (QE) efforts and deliver end-to-end test automation capabilities across their diverse systems.

Internal quality expectations were met, on time and more accurately

how
we did it

Apexon works with companies across the digital lifecycle.

Accelerating the delivery of new digital initiatives with confidence

Creating the infrastructure and foundation to scale digital initiatives

Enable digital adoption in a quick, and agile manner

Build digital infrastructure and foundation for enterprises to scale

Apexon and Tricentis were able to integrate QA more closely with development and expand the use of test automation as part of the software delivery pipeline.

Key test cases and prerequisites were identified and refined to minimize the need for manual intervention during the QA process thus achieving the end-to-end test automation.

The company’s operations and service offerings were becoming increasingly software-dependent and at the same time, the demand and complexity of its software delivery was growing.

This led to many challenges in its software testing efforts, causing time-to-market delays and operational inefficiencies.

With an expanding test footprint and more frequent release schedule, there were no established end-to-end regression testing scenarios before major releases.

Release cycles were being extended due to extensive manual testing. There were also production rollbacks due to undetected defects in the QA environment. On top of those challenges, the delivery team faced other testing inefficiencies:

Lack of integration and organization

Missing test data and not all data was integrated across systems

A lack of automated defect tracking and metrics

The company needed to find a way to improve the testing environment in order to accelerate cycle time and keep pace with the accelerated software delivery schedule.

Optimizing testing with integration and automation

Leveraging Tricentis’ continuous testing platform as the foundation, Apexon was able to integrate quality engineering (QE) more closely with development and expand the use of test automation as part of the software delivery pipeline.

The outputs from this effort included:

Identification, refinement and management of key test cases and prerequisites.

REST API testing for both functionality and response times.

Prerequisite data creation as part of the test case execution to minimize the need for manual intervention.

The new QE environment also enabled faster, more continuous feedback on the quality of each release and the potential risks associated with it. Apexon leveraged its experience with key applications such as Salesforce and SAP to speed the company’s integrations and test automation efforts.

With end-to-end test automation scenarios in place across their various systems, cycle time and efficiencies dramatically increased, and the products were thoroughly tested before market release.