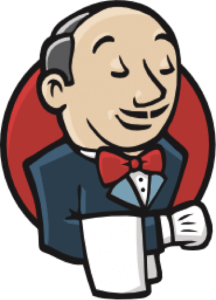 We’ve heard a lot about the Jenkins tool lately — but what is it exactly?   Put simply, Jenkins is an application that monitors executions of repeated jobs.   This can include jobs such as building a mobile app or a software project.   Jenkins is especially useful for testing mobile apps that are built using the continuous integration framework.

Continuous integration is the process in which all development work is integrated at a predetermined time or event, and then the resulting work is automatically tested and built.   The idea behind it is that development errors are identified very early in the development process, so the process becomes more efficient and runs more smoothly.

Any company that is serious about continuous integration — and they would be smart to take it seriously — should consider using Jenkins.   Today’s mobile consumers demand high quality from their apps.   They expect apps to work quickly and seamlessly every single time.   This means that enterprises have a lot at stake when it comes to getting their mobile apps right, and testing their apps and doing it from the very beginning of the development process is now an absolute necessity.

By using the Jenkins tool, enterprises can test their mobile apps at a faster rate and can also gather insight into how their apps are performing, thus improving the quality of their apps.   In other words, by using Jenkins enterprises will be able to get better quality apps released more quickly.

Jenkins monitors executions of externally run jobs, so companies can see how their apps are performing.   Jenkins is useful for monitoring the non-interactive execution of processes — such as cron jobs (a Linux utility which schedules a command or script on a server to run automatically at a specified time and date).   Usually such a task is completely unmonitored, which makes it hard to notice when something goes wrong, or it sends e-mails constantly regardless of the success or failure of an app.   Using Jenkins enables enterprises to monitor a large number of such tasks with little overhead and minimal extra time spent.

Enterprises should begin using Jenkins as soon as they can.   Doing so will help them test mobile apps that are built using the continuous integration framework more quickly and effectively.   Using Jenkins will enable companies to put better quality apps out on the market much faster than ever before.