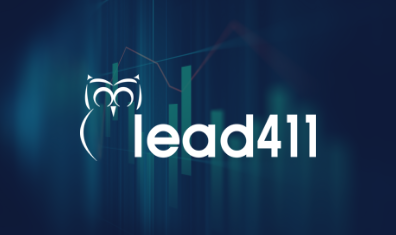 SANTA CLARA, Calif. (November 27, 2012) Infostretch Corporation, a leading provider of Mobile and QA services and solutions, announced today that it has been named to the Tech 200 list of companies by Lead 411. Infostretch was awarded this based on its revenue and growth over the last couple of years.

“Another feather in our cap and we are very happy to receive this award from Lead 411 for our continual growth and success” says Rutesh Shah, Founder and CEO of Infostretch. “Ranking #33 along with several other esteemed companies means a lot to us. We have big plans of growing Infostretch beyond what it is today and make it a leading brand for enterprise QA, mobile development, testing and sustenance services”, he added.

Out of the 1000 companies who sent their application, Lead411 narrowed down the list to the 200 that showed significant growth and development in its domain. Infostretch was founded in 2004 and caught industry’s attention for its innovative QA and mobile testing, development and certification solutions. Since then, it has been growing over a 100% year after year. It is also the testing and certification authority for 4 top App Stores in the United States.

Visit Infostretch awards page to learn about our success, our careers pageto see the current job openings, and our clients’ page to see what they’re saying about us.

Infostretch is a pure-play digital engineering services firm focused on helping companies accelerate their digital initiatives from strategy and planning through execution. We leverage deep technical expertise, Agile methodologies and data-driven intelligence to modernize systems of engagement and simplify human/tech interaction. We deliver custom solutions that meet customers’ technology needs wherever they are in their digital lifecycle. Infostretch works with both large market-leading enterprises and emerging innovators — putting digital to work to enable new products and business models, engage with customers and partners in new ways, and create sustainable competitive differentiation.

We offer the most cost effective, secure, and scalable models to service our clients across various verticals such as banking, healthcare, education, and entertainment to name a few. Our innovations have allowed us to provide an SLA of 24hours and the ability to scale and test over 2,000 apps a day.

Lead411 was founded in 2001 and has grown 30% yearly since inception without accepting venture capital financing. They are based in California, but have satellite offices in New York. In addition to their current subscriptions, they also offer corporate information, company news and awards for up-and-coming businesses. They plan to add on additional services and companies in the near future.