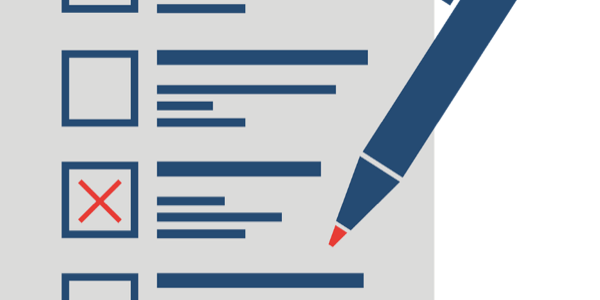 Here is a thought: With the UK General Election having just finished, could the next one in 2020 be the first to use a mobile app to allow people to vote?

The current set up in the UK is much like it is in many other democratic countries. You can vote via post, proxy or head to your local polling station. This is fine, but we are now in 2015, and voting via post or the polling station seems rather old fashioned. Also for the elderly and those suffering from disabilities, heading out to the polling station may be quite a difficult task. A mobile app however could change all that.

With smartphone penetration at around 70% in the UK, most voters are already armed with a device that could let them vote. For the elderly and disabled, this would mean they can vote from wherever they may be, whether it is at home, a friend’s house or even if they had a stay in hospital. Voting from a mobile device would allow even more people to vote.

And it is not just the elderly who would stand to benefit. Young voters are much more likely to vote if it means they can just press a button on their device from the comfort of their own home, rather than head out to an old village hall. Mobile apps as a result could see voter turnout rise even higher than this year’s 66%. But what would the UK government need to consider if it was to launch a voting app for 2020?

App users are notoriously impatient when it comes to glitches and crashes in apps. If this is for voting, the chances are that this impatience would be even higher. So, a primary consideration must be reliability. App reliability for voting, and enterprise mobile app development for that matter, needs to be front and center. At Apexon, we work with an agile development framework to ensure reliability is maintained from the start of development to the end. Whenever a new feature is added, the app goes through an automatic testing process to make sure there are no bugs or glitches.

As with a polling station or postal vote, privacy must be maintained to ensure fair voting. In addition, to comply with regulatory standards, data must be protected so that any result cannot be announced until after voting has closed. So a voting app will also need a robust backend, which is protected from hacking and data breaches.

And on the front end, there will need to be a way to verify that the person about to vote is indeed the correct voter and not a child who has accidentally accessed an app on their parent’s phone. This already sounds like a lot of work and will mean a lot of mobile testing. However, this level of security for both the front and back end has been achieved before. Banking apps are now used throughout developed countries and have reached a stage where they are incredibly secure at protecting valuable data. As a result, security for a voting app can be guaranteed.

2015 has already been an historic election for the United Kingdom. But we may look back in five years time and realize it was even more significant, with David Cameron being the last Prime Minister elected without voters using a mobile app. The opportunity that voting apps bring is clearly huge. Making voting quick and easier could see a record level of voter turnout. What’s more, the technology and development processes are already here to make it happen.